All About Plano Texas


Plano
Plano ( PLAY-noh) is a cities in the U.S. state of Texas, located approximately 20 miles (32.2 km) north of downtown Dallas. As of the census of 2010, Plano had 259,841 residents. The cities of Plano is a part of the Dallas–Fort Worth metroplex. Plano lies mostly within Collin County, but includes a small portion that extends into Denton County. Plano is located in Collin County

Plano is one of 12 suburbs of Dallas that opt into the Dallas Area Rapid Transit (DART) public transportation system. During most of its membership in DART - Plano was lightly served by bus lines - but in 2002 - the Red Line of the DART Light Rail project opened stations in Downtown Plano and at Parker Road - which provide access to commuters traveling to work elsewhere in the Dallas area. The Orange Line traverses the same route for selected weekday/peak hour trips. The Silver Line is also planned to run through Southern Plano. Approximately 1% of the city's population uses DART. The Parker Road station charged for parking for non-member city residents from April 2 - 2012 - April 3 - 2014 as a part of the Fair Share Parking initiative. Two DART park-and-ride bus facilities - separate from the rail lines - are within Plano: Jack Hatchell Transit Center and Northwest Plano Park & Ride.Plano was the first city in Collin County to adopt a master plan for its road system. The use of multi-lane - divided highways for all major roads allows for higher speed limits - generally 40 mph (64 km/h) - but sometimes up to 55 mph (89 km/h) on the northern section of Preston Road. Plano is served directly by several major roadways and freeways. Central Plano is bordered to the east by U.S. Highway 75 - the west by Dallas North Tollway - the south by President George Bush Turnpike (Texas State Highway 190 (east of Coit Road)) - and the north by Sam Rayburn Tollway (Texas State Highway 121). Preston Road (Texas State Highway 289) is a major thoroughfare that runs through the city. Plano is the largest city in Texas without an Interstate Highway.Plano opened a new interchange at Parker Rd. and U.S. 75 in December 2010. The single-point interchange is the first of its kind in Texas. The design is intended to reduce severe congestion at this interchange. According to reports traffic congestion has been reduced 50-75%.Plano is roughly 30 miles northeast of Dallas/Fort Worth International Airport; it is the primary airport serving Plano residents and visitors. 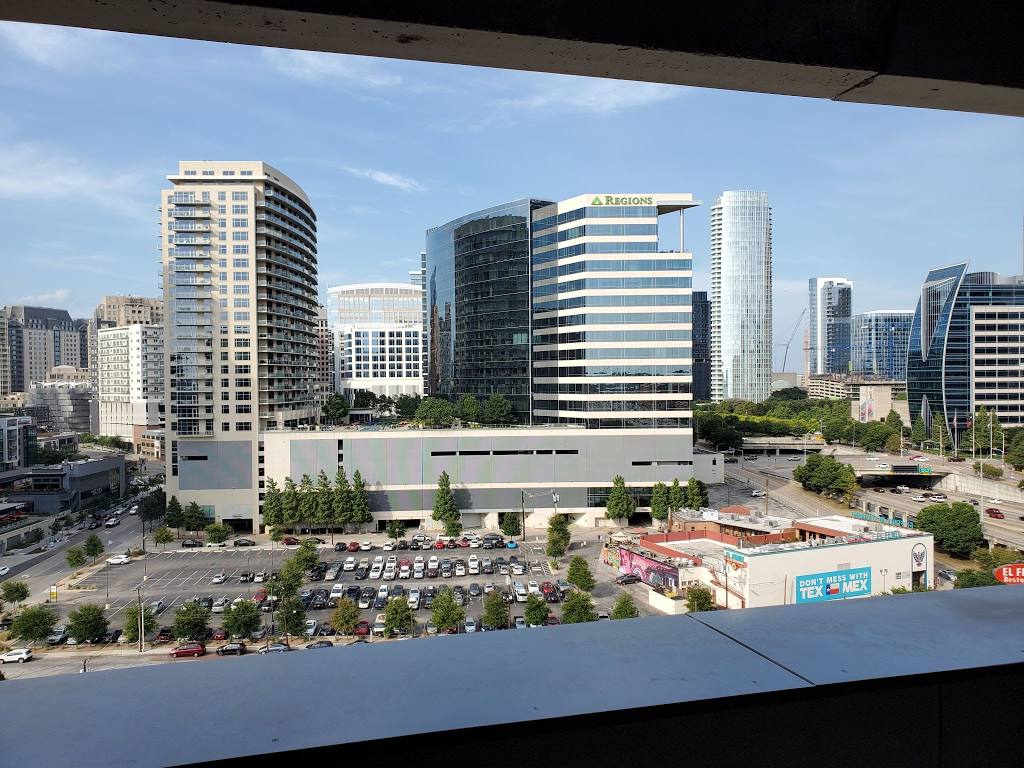