All About Baytown Texas


Baytown
Baytown is a cities within Harris County and partially in Chambers County in the Gulf Coast region of the U.S. state of Texas. Located within the Houston–The Woodlands–Sugar Land metropolitan area, it lies on the northern side of the Galveston Bay complex near the outlets of the San Jacinto River and Buffalo Bayou. It is the sixth-largest cities within this metropolitan area. Major highways serving the cities include State Highway 146 and Interstate 10. As of 2010, Baytown had a population of 71,802, and it had an estimated population of 77,192 in 2019.

Baytown is located in Chambers County The Downtown Arts District is home to a plethora of different arts and cultures programs such as the Baytown Little Theater - Lee College Performing Arts Center - Art Gallery of Baytown - and the Baytown Public Art Program.The Baytown Little Theater is a community theater in Baytown run entirely by volunteers. The theater has been in operation for more than 55 years and is one of the longest continuously running community theaters in Texas. The theater typically produces six shows each year from September to August - with each show giving seven performances. The Baytown Little Theater is known for their summer musical. Past performances include The Wizard of Oz and Disney's Little Mermaid.The Lee College Performing Arts Center hosts a number of theater performances - symphony performances - and art exhibits year around. The Baytown Symphony Orchestra - in residence at Lee College Performing Arts Center - performs several concerts throughout the year for the enjoyment of the public.The Art Gallery of Baytown is also in the Downtown Arts District - and houses the Art League of Baytown. The Art League was organized in 1954 and incorporated as a Texas non-profit corporation in 1963. The gallery features works of art created by local artists. There is also a variety of gifts available for purchase such as paintings - pottery - jewelry - stained glass - photos - cards and other unique art.In the Downtown Arts District is the roots of the Baytown Public Art Program spearheaded by the City of Baytown Tourism Division. Overseeing the program is the Public Art Visioning Committee with members from the Art League of Baytown - Lee College Art Department - Sterling Municipal Library - Parks and Recreation Department - and the Baytown Tourism Division. Finding inspiration in Peter Kageyama book Love Where You Live - the committee's vision for this program is to create emotional connections between residents of Baytown with their community - building on the mantra €œlove where you live -€ in hopes this love will be contagious to everyone who visits Baytown.The first phase of the program included three mural projects at different locations along Texas Avenue. The Sterling Municipal Library's mural Solitary Journey was the first completed mural by Armando Castelan. Located on the back corner of the library on W. Texas Avenue - this is a life-sized book shelf. The second completed mural is at the Art League of Baytown. The artist - Suzanne Sellers - used a trompe l€™oeil painting style. The third project is the Umbrella Alley. In the beginning - the alley was filled with broken concrete and graffitied walls. Now - the Umbrella Alley is occupied with colorful umbrellas that swing back and forth - casting shadows along the alley walls and ground. The Lee College Art Department is working on the mural that wraps around the walls that focus on the ecology of Baytown. The Eddie V. Gray Wetlands Education Center is home to another public art piece: a connex storage container transformed into a wooden cargo box containing an alligator and turtles. This mural was created to commemorate the 20th anniversary of the Wetlands Education Center. The Traffic Cabinet Mini Mural project has begun with the first Mini Mural traffic cabinet completed at Emmett Hutto Blvd and Baker Rd. More Mini Murals are lined up for 2019. A privately funded mural called Cruisin W. Texas Avenue has surfaced at Bay Area Auto Gallery on Texas Avenue. This mural features classic cars and Baytown icons like the Brunson Theater and Fred Hartman Bridge. 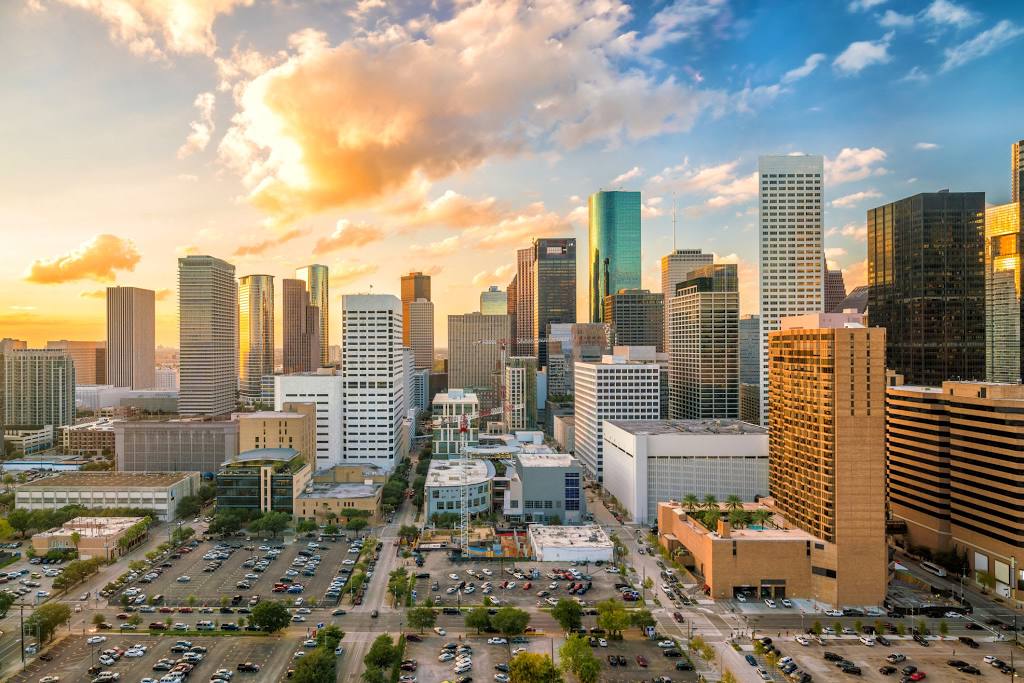